So, you decided to try yourself in e-sports, but suddenly it turned out that CS GO and Dota 2 are not so simple. Every now and then you get into a triviality, while rivals are making money with frags. What’s the matter? Professionals know: in the Gaming Mouse.

It’s no secret that many people consider computer games as idleness. Well, let! In fact, it is in the gaming industry that we find the most advanced technologies, because computer games today are disciplines of e-sports, and gaming devices are sports tools.

Gaming Mouse, of course, is universal. They can be used in exactly the same way as usual, but in games, they reveal their potential: expensive sensors, Japanese switches, Teflon legs, weights, a bunch of buttons – which is not here! And all this in order to give you maximum control over the game situation. It is important to know that all Gaming Mouse have:

Some models are sharpened for shooters, others – have more buttons, which are more convenient to play in Dota 2 and MMORPG-games. Therefore, we divided the entire range of gaming mouse into KNOW-HOW according to the type of game – mouse for shooters and mouse for MMO / MOBA / DOTA2.

A4Tech Bloody V8M – although it’s a budget mouse, it’s done on the conscience: a wire in the fabric braid, a super-slipping metal legs, switches with a resource of 10 million presses. The resolution of the mouse is 3200 dpi, and many gamers are convinced that higher and not necessary. The chip A4Tech Bloody V8M is three buttons next to the wheel, which allow you to switch the shooting modes: single shot, a turn of two and three shots. Using the application from A4Tech, you can change the profiles, and the functions of the buttons to reassign. Interestingly, the application allows you to activate in the mouse A4Tech Bloody V8Mcheating functions, designed specifically for shooters!

The mouse compensates the return of the weapon and concentrates the trajectory of the bullets. In the end, that no shot, then headshot! Is it tempting? True, experienced gamers warn: for such tricks can and banned. What can we say to this? Wolves should not be afraid to go to the forest.

A4Tech Bloody R8 metal feet Skull design – functionally the mouse is similar to A4Tech Bloody V8M and has the same stuffing. The only difference is that this model is wireless. The manufacturer promises the full absence of “lags” thanks to flexible settings of radio channel protection. The mouse works on the built-in battery – we save on batteries!

the mouse has inserts of rubber, with which the control remains accurate, even if the hand has already sweated and it should have been wiped off about the pants long ago. In the main buttons are installed Japanese Omron switches, designed for 20 million clicks. Unlike previous models, the resolution is already 4000 dpi, which can be changed at the touch of a button – this is useful when switching to sniper mode. Otherwise, here there are the same three buttons for quickly switching shooting modes and cheating software, with which you and your eye do not have time to blink, as your machine gun turns into a sniper rifle.

A4Tech Bloody T7 Winner – from the point of view of the “filling” the model is identical to the previous one, however, there is more than one shooting mode and there is a joystick. Cheating functions, of course, on the spot.

Corsair Katar – in general, this mouse is equally suitable for both shooters and MOBA games, but its design is so minimalistic that we decided to call it the shooter, because for MOBA and even more so for MMORPG still would like more buttons, than two basic, a wheel and one more programmed. Corsair Katar – a symmetrical model, will suit both right-handed and left-handed players. Inside, Omron switches and a high-sensitivity Pixart sensor with a resolution of 8000 dpi are installed. The software allows you to configure profiles and macros in detail. 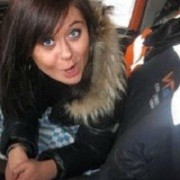 Hello all! I am Misty Jhones. A fitness expert and health writer. i have many health related sites with good PA/DA paid guest posting available on my all sites in reasonable price Contact me at mistyjhones@gmail.com

Is Big Data A New Competitive Advantage or Not?

How to Find the Best Web Designing Institute in Vadodara?

How to Select a Excellent eCommerce Website Development Company

Tier 3 data center specifications That You Must Know