In present times it’s impossible to go online and not detect an article about the fall of marketing. Ad agencies seem to be the most liable out of all other providers of marketing services, but what about the future?

First, we must identify the problem at hand. Consumers are becoming tired of being bombarded with consecutive ads. They are tired of getting frequently disturbed with most of them using ad-blocking services as a result. These issues are trying to be resolved by four trends namely Influencers, Entertainment, Platforms, and last but not the least, Performance Marketing. From there on, I have identified which of these have become the most successful in this uber-competitive era, and which have been left behind. I believe that at least one of these trends shall thrive in the foreseeable future.

Influencers have become so popular in the previous years that they have become a category. One major reason for their success is that people tend to relate to other people instead of ad agencies. Therefore, by transmitting data through people with a reliable network, brands are more likely to get their message across in a more progressive fashion.

However, even though Influencers tick off the credibility criteria with consumers, they are still not deprived of the disturbance factor. Most of these Influencers use ads through paid media which show up in their content (blog articles, YouTube videos). Videos are a major concern as viewers might not only skip the ad but might stop watching the video altogether due to being interrupted by the ad.

In the case of Social Networks like Facebook and Twitter, the game has been changed. The days of free advertising are gone and even Influencers are dominating this sphere of marketing. Although, the taxation on them by Social Networks might have gone up in the recent years. Another dilemma that brands face is that they have no direct control over either Social Networks or Influencers.

As more and more consumers are switching to ad-blocked content, brands must turn to film production companies and other large-sized firms. Product placement in movies such as The Transformers franchise, where items such as cars are subtly marketed, lead to Entertainment solving the issues of both disturbance and reliability. This is because customers opt to go through the visuals, and hence don’t get disturbed when ads run through films and related media.

Theatre chains are very successful in this regard as they run ads both before the film starts and also during the intermission period. Small brands will suffer though as they won’t be able to afford this much more expensive form of marketing.

Instead of choosing big services like film production or utilizing small online services such as social networking, brands have the option of becoming a marketing platform themselves, with the aid of an ad agency. This has worked for several companies such as Nike with their killer catchphrase: Just Do It.

The brand controls the content as well as the means of distribution. Ad agencies can help the brand transition towards becoming a platform as well as sending their message out to potential consumers. Thus, websites such as Facebook and Twitter will suffer due to people preferring to go to the brand directly instead of interacting with ads on social media sites. 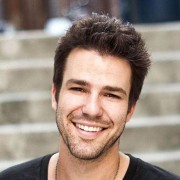 Robert Jones is an experienced digital marketer and working for a digital agency in Dubai. He use to help businesses in increasing their reach, convey their brand message in an effective manner and convert the website visitors into leads and those leads into paying customers that keeps coming back for more.

How to Find the Best Web Designing Institute in Vadodara?