It has been a few decades since the internet arrived, but in this span of time, it has ended up revolutionizing the human lifestyle on its head. Evolving from a mishmash of separate, autonomous entities, it took the entire world into its fold.

Now, it provides the best platform for education, entertainment, communication and business. The users can connect to this vast network via a multitude of devices.

So, the question is, where do we go from here? Given that users can find out the answers for the most trivial of questions with only a few taps on their phones, the answer is subject to speculation, however, the possibilities are thrilling:

The internet has evolved from the days of dialup internet when it took a few minutes to connect to wireless networks that takes 8 seconds to connect and in other cases, simply entering a password instantly connects a user to the internet.

But one day, connections would be no longer be required as systems become more efficient, there will be fewer cases of bad connections and threats of unwarranted hacking attacks.

Augmented reality may become part and parcel in the nearby future. The next-generation devices could embed the internet into our real world with augmented reality. HoloLens by Microsoft and Google Glass by Google have led the way forward in this arena.

On the other hand, virtual reality has been comparatively more successful and leading manufacturers have jumped the bandwagon to offer a whole new experience. HTC Vive, Oculus Rift and PlayStation VR are set to change the parameters of the game.

By this logic, augmented reality may also enter the fabric of the new age.

As per the current technology, ‘Internet of Things’ can connect alarm clocks, refrigerators and other home appliances. This connection could envelop vehicles, health monitors, wallets and digital currency in its fold. This free flow of information allows users greater power and enable instant accessibility.

As businesses and users become part of the web, and apps require their permission to gain private information, privacy will soon become a luxury that few can afford. It could be conjectured that privacy would be commoditized which could result in many organizations and individuals seeking paid privacy for their own reasons.

The data transmission speeds are to increase for sure. There is still a gigantic gap between what’s possibly presently and what is available commercially. With the passage of time, the costs of high-speed internet will drop down and eventually, consumers would be able to stream/download movies in a matter of seconds or even play computer games without experiencing any lag.

As the wired connections continue to set new benchmarks, wireless technology is also evolving simultaneously. WiMax and LTE now allow internet speeds which are comparable to standard broadband internet. It also creates extra convenience for the end users by bringing them over to wireless internet.

Nicolas Carr; an expert on technology, has asserted that Google is assisting in making humans less intelligent. As users’ reliance on entertainment and research increases, their faculties seem to atrophy. Focus/concentration for one, takes a major hit in this regard, as users seem to jump from one information to another.

The internet could help in penetrating countries which have been isolated on the international front for many years. It could help in allowing people from different nations to understand each other and invoke an era of cooperation and peace.

In addition to this, the internet could also obliterate the boundaries between cultures and countries. This sort of change would take decades after which a noticeable difference would be seen in how the world thinks. In becoming a united world, the internet could provide a bridge for us to reach there.

Net neutrality is a burning issue as internet advances. It implies that the ISPs (internet service providers) should maintain their internet speed for all users alike. This means that big corporations who can afford this perk, should not be prioritized based on their size.

This could mean that the owners of each device may have an entirely different experience while using the internet. This could result in each user having a diverging perspective about the internet as every individual will have a separate perspective.

The open platforms could get more support in comparison to their proprietary counterparts. But this will happen over a longer period. For the following years, closed systems will be on the rise.

Eliminating net neutrality poses a grave threat to a great many things:

Mathew Hanks has been an internet addict the day it was born. As internet matured, Mathew’s love for it grew and he was well aware of what the internet would bring to the table. Now at best assignment writers, Mathew helps students achieve their academic goals and he’s proud of it. 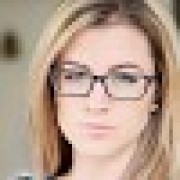 An In-depth History of Birthdays